Rhee's story: everyone needs a 'Jess'

When my mother died in September 2018, it was extremely difficult for me to see any positive in life or to imagine when or if I could laugh and enjoy life again. 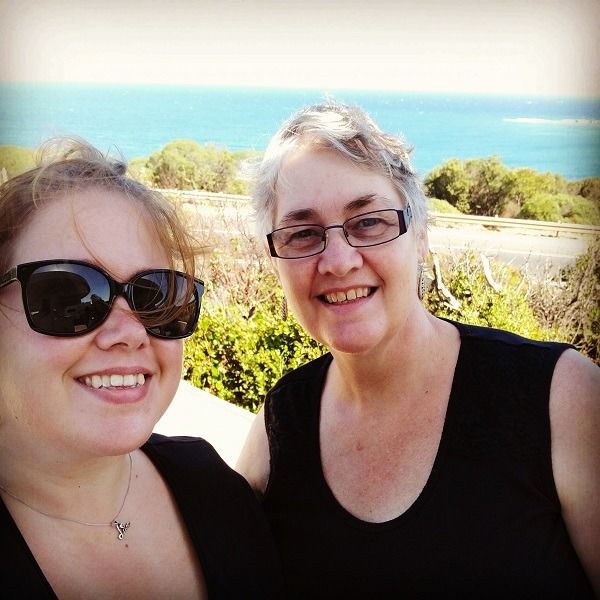 Life without mum and having her pass away long before she should have, is incredibly hard to swallow. Days like Mother's Day and the lead up to it in particular, is painful and sad because it is another "in your face" reminder that she's not here.

Although very much still painful, a lot of that changed the night I attended a dinner organised by Motherless Daughters Australia, not even 3 months after Mum's death. I thought of not going, how easy it would be to get in my car after work and just drive home. That was the safe choice, the painless choice. Instead, I found the courage that had been demonstrated by my beautiful mother for years throughout her cancer treatment, and continued to the dinner.

Jess was intriguing from the moment she sat down next to me; she was bright, bubbly, her blonde curls bouncing as she laughed so effortlessly. We had so much in common, conversation between us was smooth and free flowing, and a bonus was that she enjoyed swearing perhaps even more than I did. A friend request from her was waiting on Facebook when I returned home, along with an invitation to her "Crafternoon" get together the following weekend.

I gladly accepted and turned up to her house on the day, nervous to walk into a group of 10 women I'd never met before. Jess was friendly, encouraging me to join in the activities even though I had never considered myself to be even the littlest bit crafty. I chose to make a Christmas bauble (emblazoned with a certain 4 letter word starting with C) with Jess' help, keeping my instructions whispered as not to offend anyone. After we completed the bauble, Jess assured me that it was a safe space to share with the group, and as I showed it off, laughter erupted around me.

From that moment I knew she was someone worth keeping in my life, and I was hooked on her humour and spirit.

We've spent so much time together; countless brunches, shopping days, movie trips, beach hangs, with all our adventures documented on our timelines. An acquaintance even reached out to me in order to pass their congratulations after seeing that I had settled down with a woman. I really couldn't do any better, and I always have a date for future Motherless Daughter events!

We've been together to support each other through ups and downs, especially on the extremely important days. New Year's Eve, Christmas, Mother's Day, our

birthdays, and our mother's birthdays. In the lead up to the first anniversary of Mum's death, I was almost sick with anxiety. I had reached out to several family members who I wanted to spend the day with, knowing that my emotions were already so unpredictable. Within an hour of sending the group chat out, they had all declined for various reasons, as it fell on a Wednesday. I was gutted and messaged Jess to let her know the outcome, she was devastated for me but reassured me that the lead up is worse than the day itself. And then a few days later, Jess surprised me with the news that she had organised that day off so she could be with me to provide support. She knew how difficult the first anniversary was going to, she saw first hand how much I was struggling to comprehend it.

We joke that our mothers set us up, but I truly believe that they had a hand in our meeting. Not only has Jess brought back the laughter in my life, she helped me put the pieces of my soul back together. Having someone who is as kind, selfless and wonderful as Jess is a blessing I never anticipated. I may not be the Rhee that I once was, but I really love the Rhee she has helped me become.

I became a motherless daughter in June 2018 when my mum, Joanne died at the age of 60. I was 31 years old and was on maternity leave looking after my two young children. Her death was not unexpected, she had been unwell for many years.

Maddie's story: you don't get over grief

When Mum was diagnosed with stage 4 liver cancer (primary bowel cancer) my world turned upside down. Seeing mum so sick was one of the hardest parts. Not being able to help her made me feel helpless.

In December 2021 it will be two years since Mum passed away. I have spent these past two years getting to know myself on a whole new level. I have learned to sit with those uncomfortable feelings until they pass.

Fiona's Story: grief is simply love with no place to go

I thought about Mum all the time during that first year with my baby, wishing she could be there to guide me on this new motherhood journey. It made my heart ache so much picturing her as a grandmother and knowing how much she would have loved my baby girl.

My grief has changed over the years, at first I felt numb, then came the unbearable pain. That raw pain eases with time, but the ache in my heart remains. Sometimes, my grief can still knock the wind out of me and I allow myself to cry and remember her.