My mum Diana was 51 and I was 26 when I became a motherless daughter. At the time of her passing I didn’t think anything would help the feeling I had, it was worse than anything I had experienced. 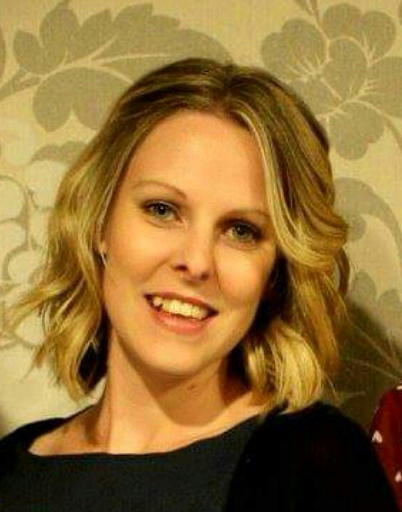 It was a Friday and my mum called that morning to say she’d been accepted onto the Heart Transplant list. I was overjoyed and we ended the call with ‘I love you ‘.

It had been a long four years; Mum had Hypertrophic Cardiomyopathy, a heart disease. She’d been quite unwell and in and out of hospital for a long time. But the best day turned into the worst when she suffered a cardiac arrest on her way home from hospital that day and died.

My mum Diana was 51 and I was 26 when I became a motherless daughter.

At the time of her passing I didn’t think anything would help the feeling I had, it was worse than anything I had experienced. It did get easier and a little more bearable as the fog lifted and there were things I had to get on with since I was executor to her Will.  I was able to get up and get on with each day, which proved to me that I would get through that difficult time. I took time to talk to her (I still do), but what was most helpful was letting myself cry. Tears are a cleanser for the mind and I made it my job to honour her and make her proud.

I want to share my story because the more we share and put it out there we not only help ourselves but we help others not feel so alone and know that there are others who GET IT.

I kept playing our phone call over and over…we had both said ‘I love you’. They were our last words to each other and that helped push me through then and it still does today.I had spent a lot of time attending appointments with her and visiting her in hospital. At the time it was taxing and I became frustrated because I didn’t want to have to do those things at such a young age.  Now I look back and feel somewhat privileged that I got to be involved and share her journey. It meant I understood her condition well and got to spend quality time with her.

We always knew Mum had two options, a transplant or die, that’s how bad the disease was.  We spoke about what might happen to her and to those of us who would be left behind. She put things into place and advised what she wanted regarding her funeral. At the time this was hard to fathom however I now realise she was just being a Mum, preparing me for what would be a terrible time. I am glad she did. I take peace in knowing she got the send-off she wanted.

Six years on I am a mum to a three-year-old son and a 6-month-old daughter but I am also a motherless mother. Her absence still hurts though it is a different kind of hurt, less of loss and more of disappointment. Disappointment that mum is no longer here, not only for my sake but also for hers. She has missed out on a lot. She didn’t get to help me plan or attend my wedding, meet my babies or share in the joy of their arrival. My mum isn’t there to call on for those bad days or to help me out. But what I do have and what all motherless daughters have is a strength that no one else has. We get on with this new way of life and get through things.  I take time to reminisce about my mum, tell people about her and her story. Importantly, I tell my babies about her and how much their Nanny Di loves them.

My mother’s passing has given me a new gratitude for life and a true understanding that each day really does count. Reaching out to groups such as Motherless Daughters Australia has been a huge help because it has cemented to me that I am not alone in my journey, and neither are you as you read my story.

In December 2021 it will be two years since Mum passed away. I have spent these past two years getting to know myself on a whole new level. I have learned to sit with those uncomfortable feelings until they pass.

Viviens story: remembering the past with a nod to the future.

Losing my mother to breast cancer when she was only 47 years old was devastating and distressing to me as I, myself was just 24 years old at that time. It left my family confused, lost and heartbroken.

I will never get over the loss of my mum, but I will be ok here without her. Our mums are always with us and the times we forget that, we just have to look at ourselves, because she is in us.

My grief has changed over the years, at first I felt numb, then came the unbearable pain. That raw pain eases with time, but the ache in my heart remains. Sometimes, my grief can still knock the wind out of me and I allow myself to cry and remember her.

My mum Diana was 51 and I was 26 when I became a motherless daughter. At the time of her passing I didn’t think anything would help the feeling I had, it was worse than anything I had experienced.